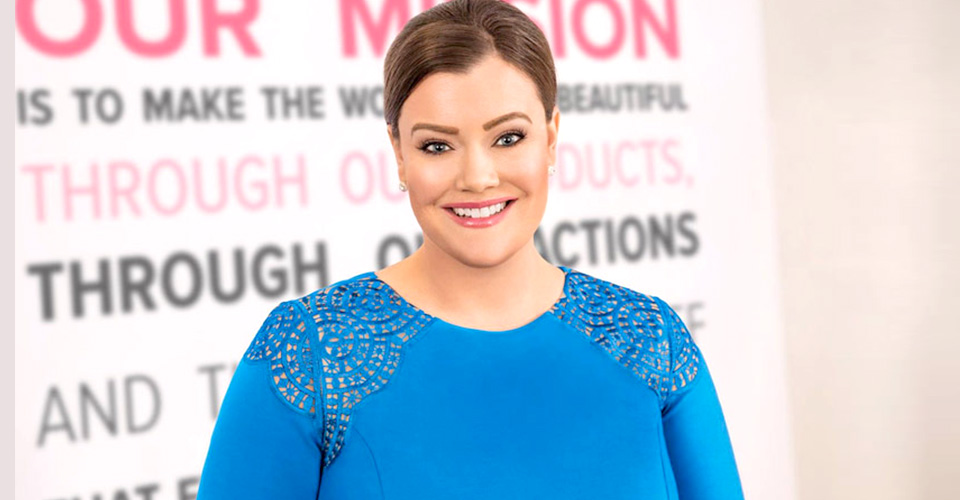 Last but certainly not least in our Forbes’ Richest Self-Made Women list is Jamie Kern Lima, founder of IT Cosmetics. (Read the first two profiles here and here!) Jamie is worth $410 million and as the CEO of It Cosmetics, she is the first female CEO in L’Oreal’s history. So how did this former Miss Washington USA and news anchor get to this point? Read on and find out!

As with all of the richest beautypreuners, Jamie Kern Lima created her product to solve a problem: her red, blotchy rosacea and lack of eyebrows due to a medical condition. Fed up with traditional foundations, which just made her look worse, Lima set out to create something different. After consulting with her husband and his plastic surgery friends, Lima quit her job in 2008 and started IT in her studio apartment. “IT’s first products were contouring kits that included concealers, highlighting creams and bronzers.” She shopped the products around and heard many no’s.

After a few months, Jamie Kern Lima finally heard a “yes”, from HSN. They picked up her “dark circle concealer, which uses a proprietary ‘3D Skin Flex’ technology to allow the foundation to move with facial expressions without creasing”. However, that didn’t so well. She was not invited back on HSN after her contract expired. But she didn’t let this stop her. A year later she was invited to Shopping Channel Canada and then she got her big break from QVC.

To prepare, Jamie Kern Lima watched her competitors’ past segments and tweaked her performance. She even set up shop for a week in QVC’s hometown of West Chester, PA before her spot. The third time was a charm. She started her routine of wiping her makeup off her face to reveal her rosacea and lack of eyebrows and then reapplying it on air. And the end of her 10-minute spot, she was all sold out. And this time she was invited back four times that year and grossed $1 million. Since her initial spot, Lima has been on QVC over 300 times. In fact, she and her husband relocated from the west coast to New Jersey to be closer to the QVC studio.

But even after all this success, Lima still heard her fair share of “no’s.” She was interested in receiving investments from TSG Consumer Partners, the private equity firm that backed Planet Fitness, Glacéau Vitamin-Water, and Guthy-Renker, home of Proactiv. Both would pass – for now. In 2012 when IT was launched in Ulta, TSG invested and a year later Guthy-Renker did as well.

Aside from TV, It Cosmetics made quite a splash on social media too. According to Forbes, IT Cosmetics is featured in 8.4 million YouTube videos. On Facebook, IT Cosmetics receives roughly 3,600 shares and comments daily.

After a 2014 successful launch in Australia, Lima wanted to expand globally and started looking for buyers. The previous year she met the head of L’Oréal’s Luxe Division and the two quickly hit it off. There was a lot of back and forth between IT and L’Oreal almost resulting in the company going public. But L’Oreal swooped in at the last minute with a $1.2 billion offer. Under L’Oreal, IT is set to be bigger and better than ever with plans to launch stores, enter international markets in Southeast Asia and enter into skincare

The takeaways from the profiles

The common thread between all these ladies is perseverance. Each of them heard several nos before they heard any yeses. They were dedicated to creating a superior product that solved problems. Acne, affordable and quality makeup, and full coverage beauty / skincare. Each of them used the modern power of social media and influencers to market and sell their products.